The last week or so has pretty much just been working and watching Netflix. I listened to Lawrence Krauss’s The Greatest Story Ever Told So Far and Doug Stanhope’s Digging Up Mother: A Love Story on audiobook, I highly recommend them both. Though I do recommend looking into Stanhope before reading, the book is as hilariously inappropriate and unrepentant as he is. With that being all I have to share about what I’ve been up to after a week of sharing nothing, I’m gonna provide another sentiment about my walk today.

Since I’ve started walking, and even a little bit before, people have been complimenting me on my walking across America. I know this sounds like a humblebrag, but kindly hear me out because I mostly disagree. I’ve been called brave and respectable purely on the knowledge of my carrying this out, but I think it’s a matter of perspective. I only see it as taking a different path, such as one choosing to go to college and another choosing to start a business. Also, I’ve only just begun. I haven’t done anything really impressive yet.

I was too afraid to go to college. Not that I think I’d fail, so much as my not wanting to hope I liked my path enough for all the debt to be worth it. It would all seem to boil down to that in one way or another; is the investment in any particular life choice going to pay off? Monetarily, flexibility, satisfaction in general. How can one tell in advance? How much risk is one willing to take?
For me, this walk doesn’t feel like much of a gamble. I’ve not traveled much and want to see more of the country. I’ll meet loads of people and become less intimidated by social interaction. I’m not in debt, in a lease, making car payments, in a relationship, etc. I didn’t leave behind a prestigious job with a good future to do this. I began to dread my lifestyle, and made the decision to do something that sounded exciting and difficult. It seemed an easy decision between continuing to hate most of my days and actually living.

It’s not lost on me how naive my decision is. I don’t have much experience in camping or hiking, the plethora of chaotic elements throws most planning out the window, I’m a 23 year old with no intuitive concept of my own mortality, etc. It was choosing between stability that emotionally drained me and the adventure of a lifetime as far as I was concerned.

Most people who seem reach that proverbial crossroad and choose stability, despite how their soul tries to pull them the other way. They know they’re unhappy, that the very thought of this crazy dream gives them the energy to get through tough days, and choose to continue dreaming instead of pursuing. That’s a foolhardy decision if ever I heard one.

Around the time I chose to walk across America, I remember fantasizing about it. The sights to be seen and experiences to be had. Wiping down surgical trays and imagining lying in a field far enough from light pollution to get a remarkable view of the stars. I wanted that as badly as I despaired my not doing it. My dread began to feel like the onset to regret and long term disappointment, and I knew I had to do something.

It doesn’t feel brave to choose this experience over the path I was headed. Playing it safe didn’t seem to get me anywhere, and produced no good stories. William Wallace had once said, “Every man dies, but not every man really lives.” I have simply chosen to live.

Today I decided to stay for one more week in Williamsburg. Pete doesn’t currently have a candidate to replace me/become his apprentice, so I offered to stay and help this Saturday to buy him some more time. One more week of saving up and I’ll only be more set to depart!

It’ll be nice to get on the road and know I won’t have to stop for work until a few months have passed. Having this buffer will be convenient for the trial that West Virginia’s mountains will surely provide. 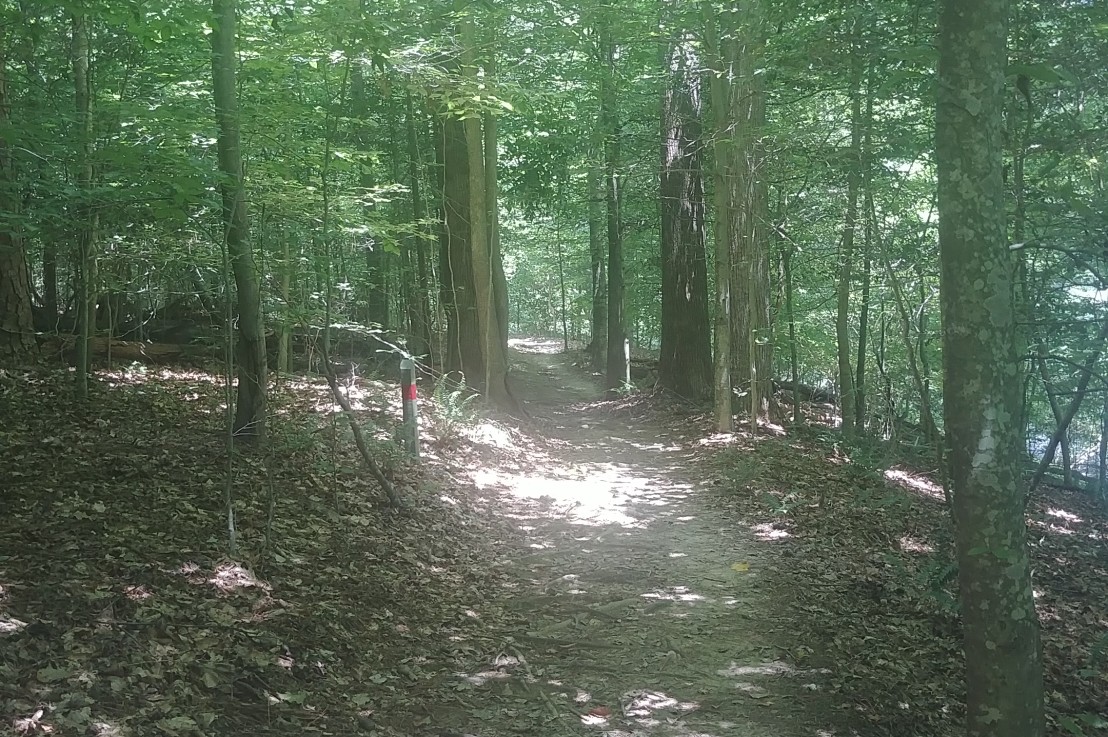 I can’t wait to leave, at this point that may be the only remedy to my being a ball of nerves. I’m stocked, funded, and prepared. Yet something in me is terrified. For a couple months I’ve inadvertently been rebuilding a sense of security in having income and a roof over my head, meanwhile I am soo to re-enter homelessness and expenditure.

This all comes with my decision. There is little reason to worry. I’ll grow accustomed to the lifestyle soon and improve myself all along the way. My gut just won’t stop yelling!

Yelling like all the the other times in my life where progress and growth was soon to follow.

“If video games have taught me anything, it’s that if you encounter enemies then you’re going the right way.”

I’m getting more apprehensive as depture grows near. I’ve fortunately been able to enjoy most of the remaining days taking in the quiet solitude, but as the days wind down right along side my calmness. There isn’t much reason to fear getting back on the road; money is saved and some worn out equipment has been replaced. Yet the feeling grows.

I guess I just need to keep telling myself it’ll be okay. I’ll see caverns, gardens, state parks, meeting new people all along the way. It makes sense, a stranger in a strange situation feeling apprehensive. Heck, we’ve evolved to be stressed when out of our element as a means to be alert and increase survival chances. That knowledge is hardly consolation to my gut feelings though.

I’ll figure it out. It’ll all work out in the end. I’m far from the first or last person to be in a situation like this. I’ll just feel a lot better when these feelings pass.

Soon I’ll be overlooking literal and metaphorical valleys and taking it all in. What are stressful times like these but a great contrast to the peaceful moments after all?

This is the main site to view updates about the Walk Across America I'll be undertaking in May. More info in the About page.